Skip to content
Previous Next
Critters, Climbing, and Community

Seconds remained in the game. There was mud everywhere, but only smiles could be seen on the faces of the children and mentors as we played ultimate frisbee. Five. Four. I could see David getting ready to throw the disc toward the end zone. Three. Behind me, Ivy jumped. Two. I leaped into the air, but the frisbee was just out of reach. One. With ease, Ivy swiftly caught the disc in her hands! “It’s a tie!” numerous mentors announced. Being able to participate in this game was much more than simply “a game of ultimate.” It depicted how people with different skill sets could be brought together and work amongst one another to communicate in a way that brings nothing but joy. The environment at Crow’s Path has been unraveling itself to my mind, showing me its seemingly magical powers as I observe and interact with members of the Crow’s Path community. It allows for everyone to learn from each other in ways that I’ve never been able to see in this light before. People step up to the plate and help one another out to work together without question. Frankly, it is beautiful.

During the morning challenge, Brette, Evie, and I paired up as a group. We were given the task of looking at the different types of buds on trees while noticing their sizes. During the time that we were all walking into camp, our conversation hit on many points, including dormancy. Brette was enthusiastically talking about how this phenomenon could have an impact on the different tree buds since some plant species go dormant in the winter time. As she said this, I could only think to myself about how her mind was working. She was analyzing, observing, going across disciplines, and using her curiosity to try and make sense of the world in front of her. Simply amazing at such a young age! I cannot help but believe that the experiences children have at Crow’s Path guide them toward this level of thinking.

Once everybody got into a circle around the fire, Ross led a marvelous song. Before singing, however, the children were made aware of how they would be able to hear the sounds of spring peepers the coming weekend (some already knew!). This, in itself, created a real-life connection for the Crow’s Path community outside of the song lyrics.

Bring me all your peeps, you peepers,

One-hundred plus eggs in a two-inch ball,

Laid between the two raw fingers of the season.

The children’s responses filled the air. There was passion, meaning, and understanding behind the words that they sang.

I was able to share a passion of mine with everyone at Crow’s Path today. I taught a song from Kpanlogo, a Ghanaian piece that focuses on the youth through a celebration of drumming, dancing, and song. I explained that in Ghana, children their age would be learning this song and that it brings people within the community together through call and response. At the time I was leading the song, I did not know the exact translation into English, but through some research online I was able to pinpoint an article by CK Ladzekpo called “Kpanlogo Song Book” that had useful information. 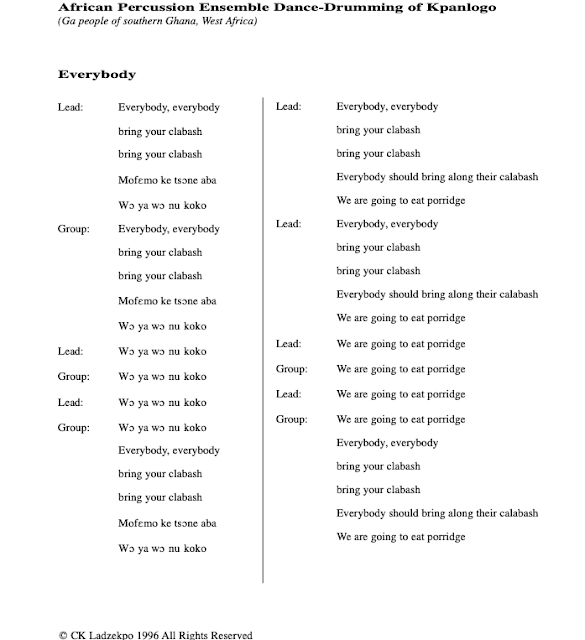 https://www.youtube.com/watch?v=XgP2H0vrnjA (Here is a sound recording of the song in case you want to sing along!)

During free time, Raya, Ivy, Eve, and Kate, and I played some muddy four square! Take a look! 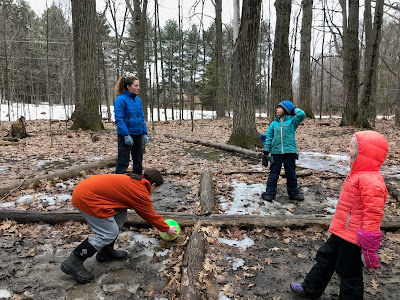 It is not uncommon for small conflicts over rules or who is actually out to come about while playing a game like this. That being said, Kate, who is also an intern, and I were able to facilitate the game to show the children that clear, effective communication is important when trying to resolve an approaching or current issue. The kids were able to learn to establish an understanding of where each player was coming from, and a limited amount of conflicts arose. Seeing how receptive the children were to our ideas of communication and collaboration showcased how the way in which an educator decides to communicate his or her ideas will ultimately influence how others interpret the information.

The welcoming nature of Crow’s Path was exemplified during sit spot. I choose my words carefully here to show how Crow’s Path is intertwined with the natural world. Every child was given a handful of birdseed in order to invite other critters in their sit spot to come closer. Their sit spots are already a place the children have become personally connected to, but including birdseed illustrated to me that Crow’s Path encourages its children to not be afraid of inviting others into their nature playground and befriend them.

As one of today’s guild choices, Juniper led a rock climbing and adventuring guild to Lone Rock Point to look at the big chunks of ice by the Lake Champlain’s shore. These pictures are so exhilarating! Kai, Evie, and Eve gave it their all! I think you will really be able to get a sense of just how curious these children are and how Crow’s Path embraces this search for wonder with the activities it leads. 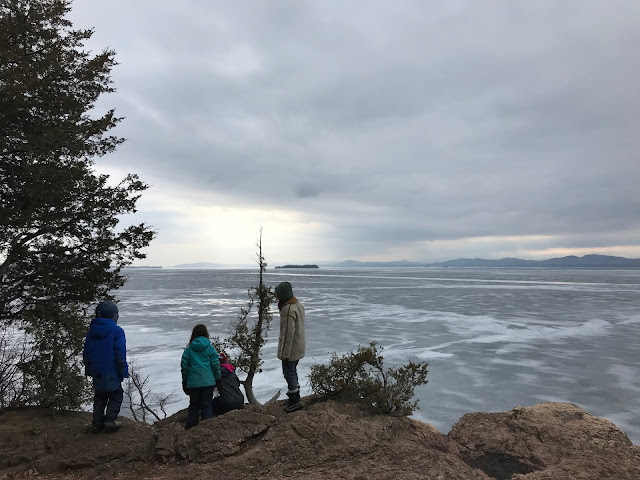 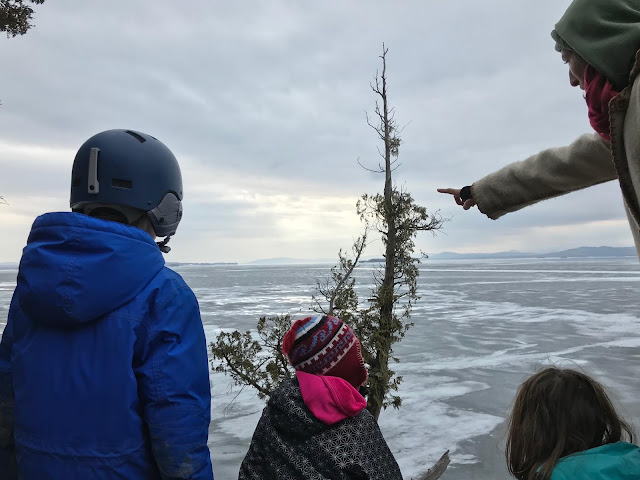 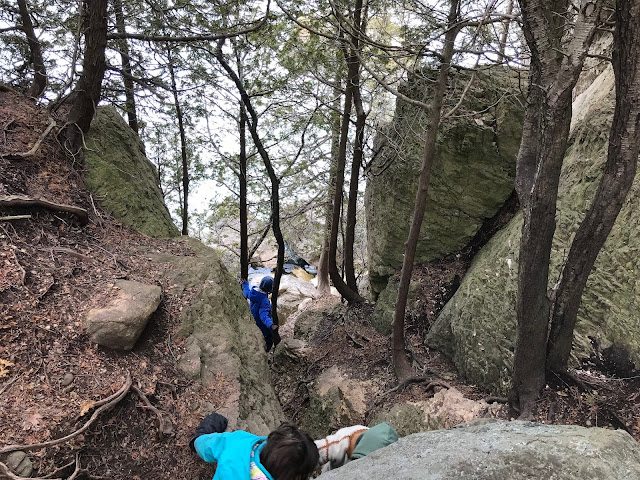 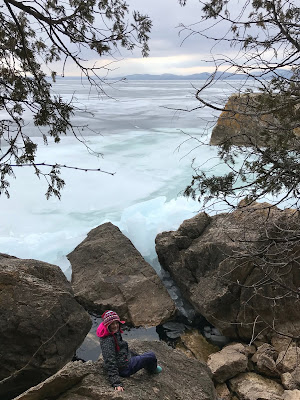 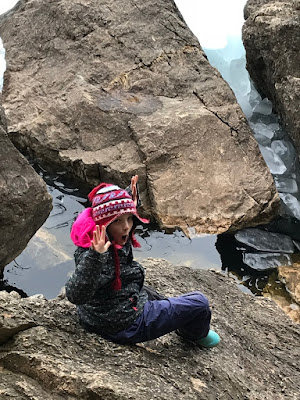 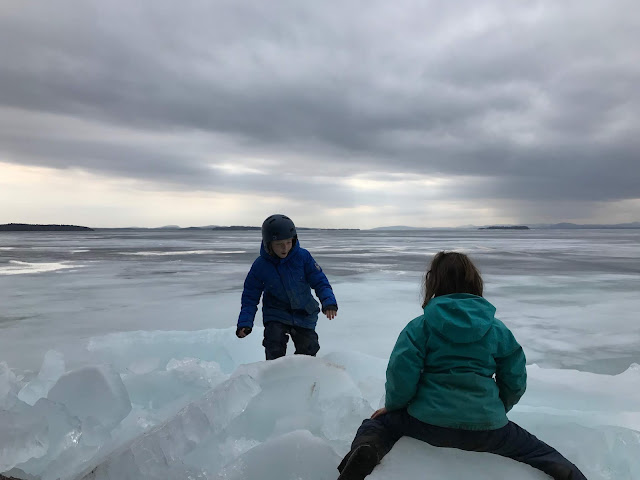 Something really special happened on this guild. Eve shared with me that she is afraid of heights even though she rocked (no pun intended) at scaling down the routes we took with Juniper’s help. I explained to her that I, too, am afraid of heights but that facing your fears is not a bad thing. Once we were at the top of the rock structure, I asked her if she felt proud. She replied, “Yeah, I think I am.” A smile emerged across her face, and in that moment I had a feeling she was understanding my point. She may have been scared in the moment, but this overwhelmingly happy feeling she had now was much more powerful than that which she felt on the route. Seeing the light bulb click on in Eve’s mind opened my own eyes to the reality of overcoming one’s fears. If she can do it so can I! 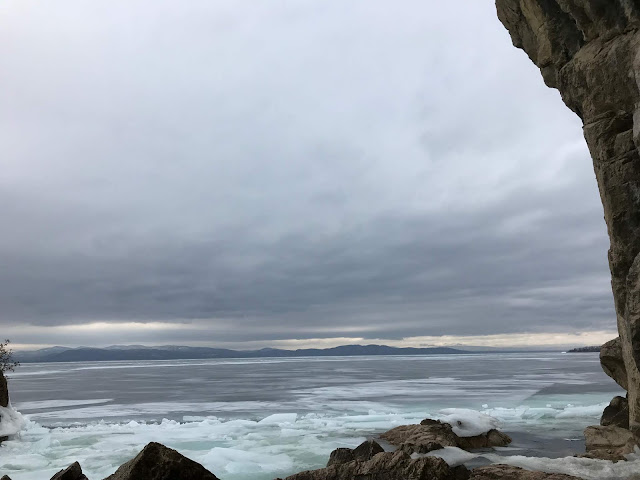