Skip to content
Previous Next
Feathers and Flesh: An Investigation

Today was really something. There was rain. There was snow. It was wet and chilly, but Crow’s Path was unphased! The children at Crow’s Path, by being exposed to all different types of weather patterns today, are able to grasp what it takes to be ready for the outdoors and its unpredictability.

The mentor morning circle before the children arrived gave the interns free space to try and challenge ourselves by shadowing a particular role or leading an activity. Thus, I chose to accompany Sophie and help build the fire.

Sophie showed me the correct form when using a bow drill fire starter. It was super hard at first to keep a steady wrist while applying pressure, but with many attempts it started to get a little easier. What I found to be exceptionally special about working with Sophie on getting the fire started was when the children started to come into camp from the portal. Even though the fire was still not lit, the kids were immensely supportive. I could feel their eyes on me as I continued on with my task, but while watching, they were able to learn about the kind of effort needed to make the fire. The children could see the focus I was putting into balancing my body, my attention to detail when it came to the angle the bow and string moved, and my perseverance after making a mistake. By guiding through doing, I was able to see how their observations and learnings actually reflected back onto me. Their curious watching eyes showed me how one can still be effective environmental communication without having to even say a word!

The magic of Crow’s Path showed itself once again while I demonstrated the different levels of breathing to bring the coal into a flame. The children around the circle participated in a sound making activity led by David, a mentor. These sounds ranged from meditative breaths to animals sounds, and there was absolute freedom for the kids to express their feelings through sound. These sounds helped keep me motivated even as smoke obstructed my inhales and got into my eyes because I knew that the children were to a place of self-awareness. They could feel what their bodies wanted to do during this activity, and they acted upon it! It was a wonderful, ceremonial experience that allowed for everyone, especially the children of Crow’s Path, to really be grateful for the little things, such as how powerful and important the breath can be.

Today was Brette’s birthday, and she thoughtfully brought in a packet of delicious marshmallows for everyone to toast. Not only did the fire act as a center for community but also for celebration. Everyone was sharing the flames with one another to ensure that all of the marshmallows were getting nice and toasty. What a yummy way to better understand how there is always room for sharing and teamwork in a close-knit community!

While everybody was toasting their marshmallows around the fire, Evie and I were playing in the mud. She was constantly exclaiming just how much she loved to stomp in the mud. In doing so, it reminded me of a song from my childhood that I was able to share with Evie so that we could sing and stomp together!

I can’t go around it, I’ve got to go through it.

I Love Mud by Rick Charette

Julia, Eve, Luna, and I went exploring as shapeshifting animals who had a designated magical power, such as flying and healing. It was really awesome to see how creatively the kids could apply their knowledge of animals, such as  cheetahs, grey squirrels, ants, and coyotes, and a moose to walk like that animal. 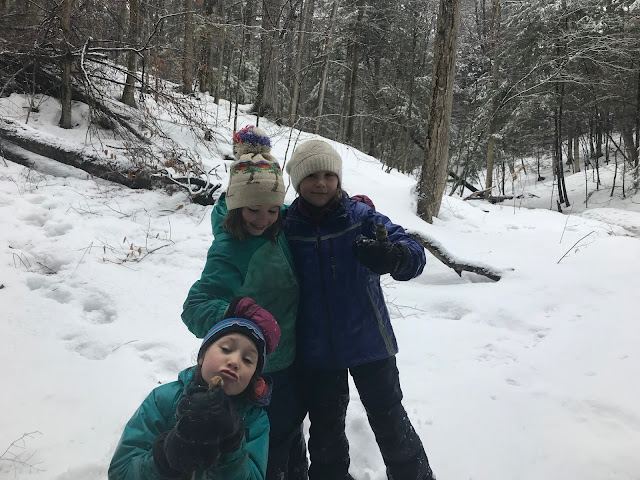 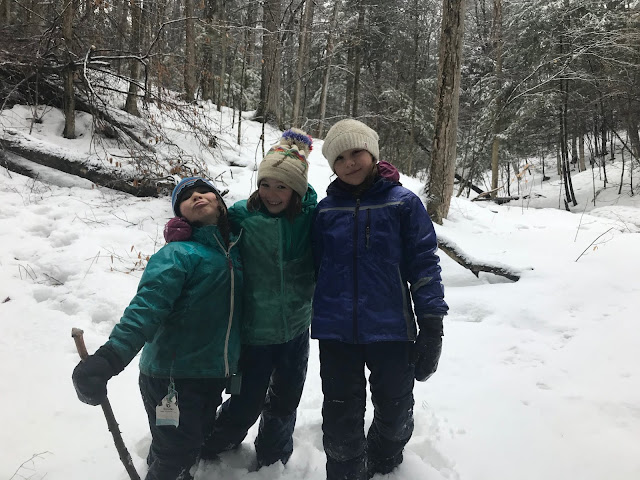 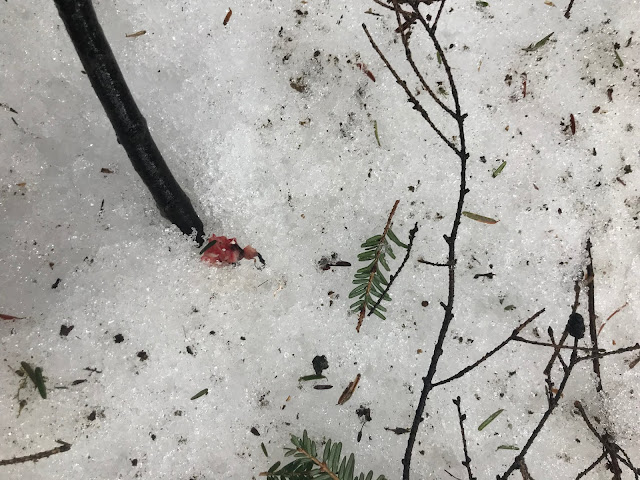 We even found a small piece of flesh that led us to believe it had fallen from the hemlock tree above us! 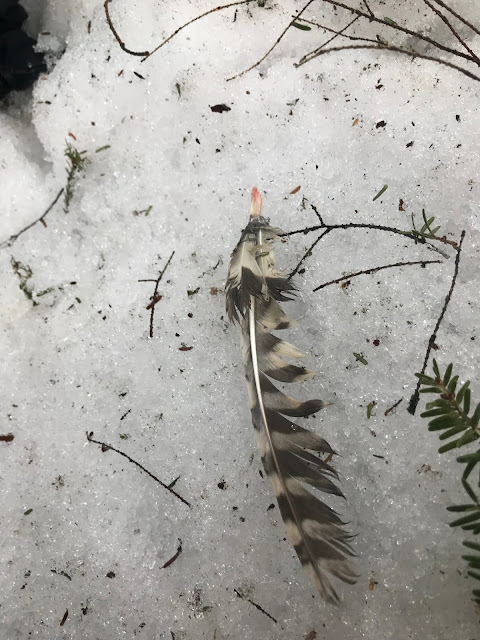 And we found some bloody feathers scattered between a couple of different hemlock trees! With multiple clues and and contemplated scenarios, the children agreed that it was most likely the large Great Horn Owl that had preyed on a Barred Owl. So interesting! 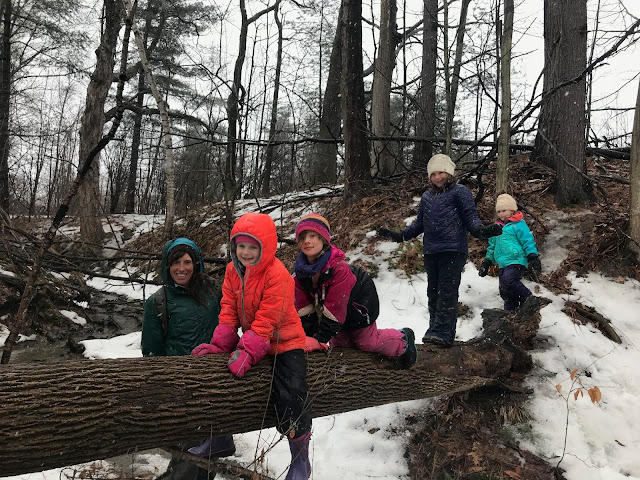 On our way toward the second crime scene, the children stumbled upon this magnificent balance beam that went across a flowing stream. I was amazed by how swiftly Raya, Eleanor, Julia, and Zia were able to travel on the fallen tree.

Once again, the spirit of Crow’s Path was full of many new experiences and wonderful surprises today, and I could not be more grateful for the opportunity to take part in such an eye-opening, inspiring adventure.

A mostly monthly newsletter about all things Crow's Path. Be the first to know about new programs, get alerts when registration opens for that perfect camp, and stay engaged with stories from the field!

A mostly monthly newsletter about all things Crow's Path. Be the first to know about new programs, get alerts when registration opens for that perfect camp, and stay engaged with stories from the field!